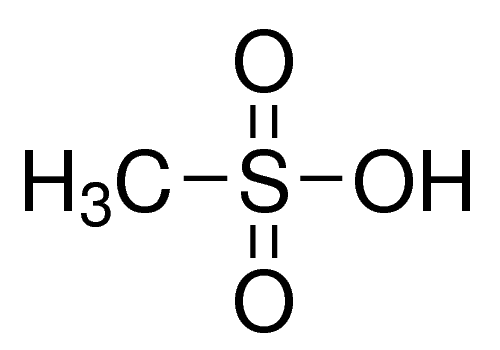 It is used as Solvent and is also used as catalyst in Esterification, Polymerisation and Alkylation Reactions.

It can be used as excellent eco-friendly cleaning agent in house hold and industrial cleaners.

It also find application in Electroplating and Metal Surface Treatment. It is also an excellent Rust & Scale removing agent.

Methanesulfonic acid is used as an acid catalyst in organic reactions because it is a non-volatile, strong acid that is soluble in organic solvents.

Methanesulfonic acid is convenient for industrial applications because it is liquid at ambient temperature, while the closely related p-toluenesulfonic acid (PTSA) is solid.